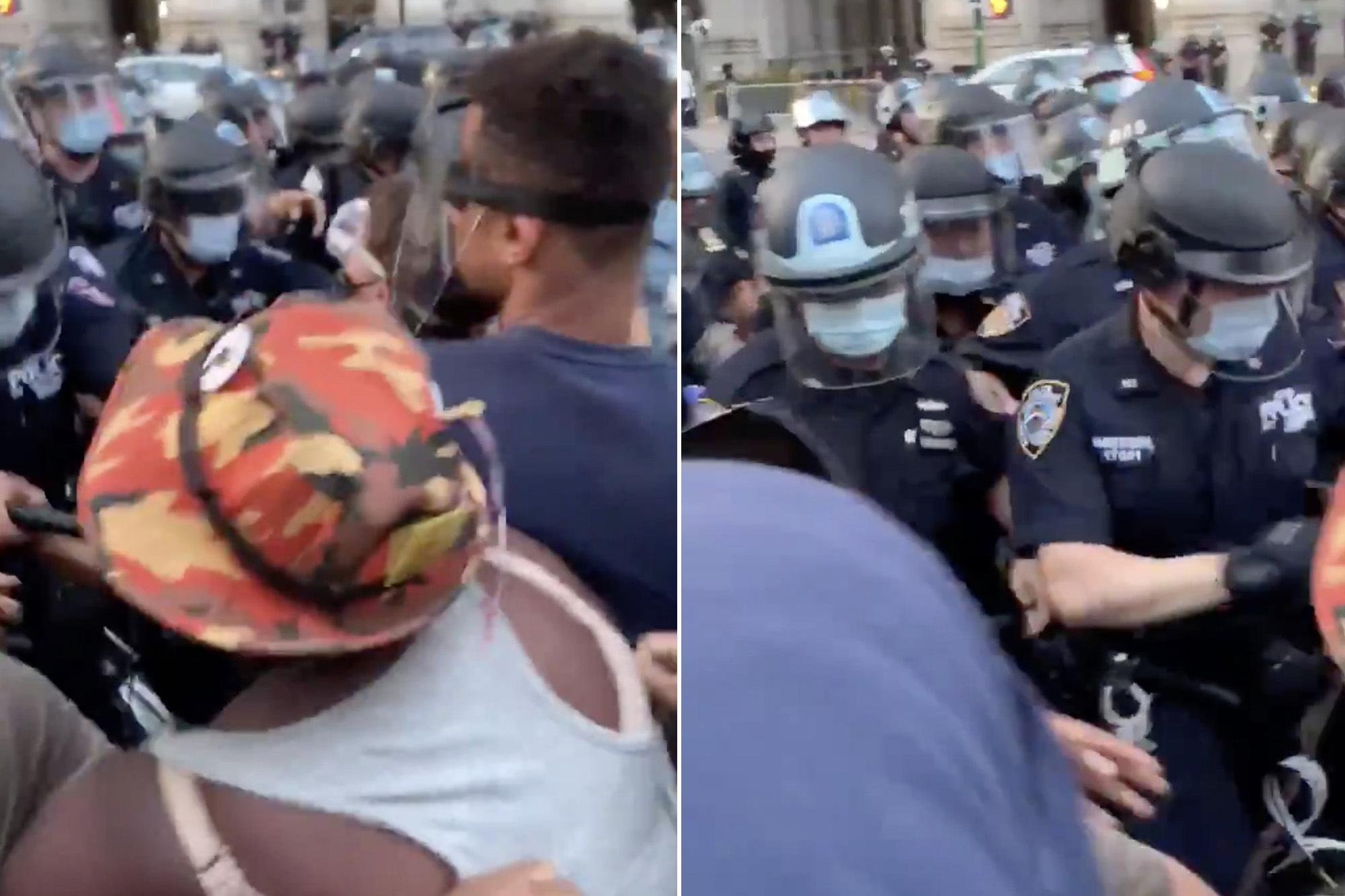 Anti-cop protesters are in a tense standoff with police near City Hall early Tuesday, as lawmakers near a vote on the budget — and weigh steep cuts to the NYPD.

Video posted around 5:45 a.m. shows a crowd of protesters on one side of the street while dozens of cops face them on the other.

“At #OccupyCityHall cops are trying to arrest us for being on the sidewalk on the morning on the budget vote,” the video caption says. “NYC get here now!!!”

Video posted about 15 minutes later shows officers with batons pushing back and appearing to arrest some demonstrators.

“You are violent!” a woman can be heard claiming. “You are hurting us!”

A clip posted about three hours earlier shows another standoff in front of City Hall, as the protesters clap and chant, “NYPD, back up!”

Cops said that an 18-year-old man was taken into custody for graffiti on a statue outside 31 Chambers Street around 2:40 a.m., but did not immediately have details on other arrests.

RELATED  How Did Snoop Dogg Get So Popular | Snoop Dogg Age, Net Worth 2020